Buying land in a flood plain 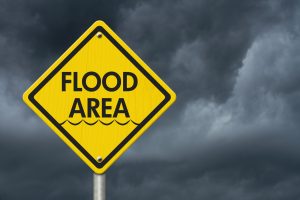 So the land you’re looking at for your forever home is in a flood plain… does that mean there’s no way to build your home on it? Does that make the land worthless? Not necessarily.

There are a few factors to consider, and it might require some digging to figure out what you can really do with land that’s located in a flood plain.

The next thing to consider is the elevation of the flood plain boundary. It’s possible that the spot where you want to build is several feet above the highest flood elevation, in which case your home will be safe from flooding due to its height.

The third thing to consider is the permit requirement for the city or county where the land is located. Some municipalities only require a certification that the house will be elevated enough to be above the highest flood elevation. Some will require an elevation survey of the entire piece of land so they can see on paper where the proposed home site is relative to the potential flood water.

In each situation, and since you’ll want to know for your own peace of mind anyway, you’ll need to hire a land surveyor licensed by the Oklahoma State Board of Licensure for Professional Engineers and Land Surveyors. The surveyor will be familiar with the FEMA flood maps and the city or county requirements. He or she can measure all the elevations needed and certify the measurements officially.

We recently had an elevation survey done for a client whose home we’re about to start building. The land is located in a FEMA 100-year flood plain, and the city required a certification that the house elevation will be a minimum of two feet above the highest potential flood elevation. When the surveyor measured the height of the pad where the home will be built, he found that the pad itself was already four feet higher. The city granted the permit, and we’re ready to start construction. It was that simple.

Don’t let flood plain issues scare you off that perfect piece of land. With the help of a professional land surveyor, you can do your due diligence and figure out whether it is possible to build your forever home.