Make sure you really own that land… 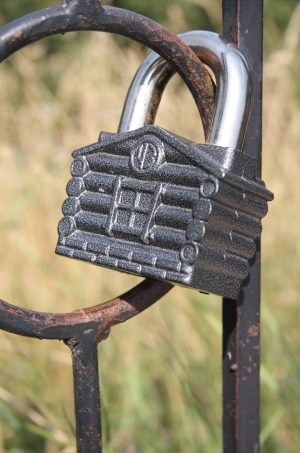 Land title issues can be confusing. And a little scary sometimes. You'd think it should be pretty straightforward—and many times it is—but sometimes it's not. And when there are issues with your land title, there are often issues and even delays when you're building a home on your land.

What could possibly go wrong?

Recently, we began working with a client who was under contract to buy five acres from a family who owned ten. In order to establish the boundaries of the new piece, the seller had to hire a land surveyor to stake the new boundaries. The process unfortunately took more than a month, because the surveyor was backed up.

Once the survey was complete, the title company began creating the abstract and making sure the land title was clear for our client to buy it and build their new home.

There was one problem: the land our client was trying to buy hadn't been transferred correctly to the current owner. It had been owned by a non-profit organization, which no longer existed under the same name. To make matters worse, there was a contract for the sale of the land between that organization and the current owner, but the deed had never been recorded.

Technically, that meant that the non-profit could claim ownership. They might not win the claim, but as long as there was a dispute, the land couldn't change hands, and our client wouldn't be able to build their home.

Fortunately, we found the person responsible for the non-profit, and he was happy to sign a new deed. If that hadn't happened, our client would have had to wait at least another three months for the land title to be clear. That was time they didn't really have.

The lesson? In this situation, there was no real way for our client to avoid this problem, since it started 30 years ago. But there are some things that they—and the seller—could have done to expedite the process.

When hiring the surveyor, the seller could have asked what the surveyor's turnaround time was and searched for one with a one- or two-week time frame rather than five weeks. That would have at least turned the problem up sooner, thus shortening the length of the process.

The seller could have requested that the title company research the land title on the entire ten acres even before the survey was done. That would have brought the problem to light within the first week and allowed the solution process to start a full month earlier.

Of course, the owner of the land could have avoided the whole problem by making sure the title was transferred correctly back in 1985 when the sale happened. Hiring a title company to manage the transaction back then would have ensured that the title was clear to avoid problems a long way down the road that could ruin everyone's plans.

These issues come up often enough when you're a builder, but if you're building a custom home for the first time, they can seem daunting. Choose a builder who can help you adapt to situations like this, so you'll have guidance if there are any unforeseen land title issues.