Will your builder solve problems at your expense? 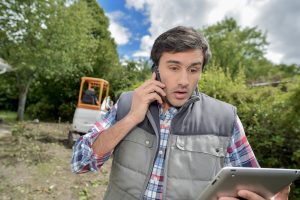 How do you figure out which builder to use? Search the web for reviews of the builders you're considering, and you'll find plenty of horror stories. But how can you really evaluate the customer service of a builder you haven't worked with yet?

First, get a list of clients the builder has worked with. He'll only give you the happy ones, right? Of course—unless he's brain-dead, which makes the decision easy for you!

Ask those "happy clients" a question: When the builder ran into problems on your home, how did he handle them?

If the person says there were no problems, then you should go buy a lottery ticket, because you are good at finding that one-in-a-million winner. Typically, though, the answer to that question generally falls into one of three categories.

The builder didn't solve the problem, and now I just live with it.

Let's use a real-world example. In one home, the client wanted a three-foot-wide bedroom door. When the builder installed it, the door just barely hit the edge of the closet wall and only opened about 80% of the way. It worked fine, but it looked kind of goofy.

Sometimes, in a situation like this, the builder will make up all kinds of reasons why it would be such a hassle to fix. They'll tell their client some kind of crybaby story or say that it's not worth reinstalling the door because it will put them off schedule. Eventually their client gets tired of arguing and just decides to live with it.

The builder solved the problem by making a compromise that's okay, but not what I originally wanted.

Think of the same situation as above. But this time, instead of just leaving the door as is, the builder presented the client with a few options on how to fix it.

Each option involved the client compromising on something that they had originally agreed they would be getting in their new home. The client picked the least painful option, but they wonder if the builder only gave them the options that were easy for him.

The builder solved the problem at his own expense, and didn't expect me to compromise since it was his problem, not mine.

Again, think of the same situation as above. But in this case, the builder found the problem, figured out that the closet wall was framed an inch off, and then absorbed the cost to move the wall. He fixed everything up like new so you could never tell anything had been done and made the door work like it was supposed to.

The client didn't even have to ask him to do it. He just did it, since he was committed to delivering what he promised.

Which answer would you rather hear? Interview builders until you get the right answer to this question from the builder's "happy" clients.