House Plans and Cost: Do you need a garage? 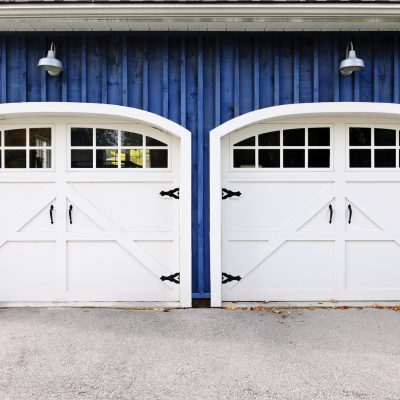 This isn't a trick question. Do you really need a garage in your home? One client of ours realized that she didn't need one, and was able to reduce her financial investment by over ten thousand dollars.

Of course, that isn't a good solution for every family. Here's why it worked for that client (and what it says about the building industry).

While we were designing a house plan for this client, we worked diligently to get as much home as possible into her budget. At one point, trying to fit everything she wanted in a house was putting her $40k over budget. That's an excess that most people really can't absorb, and we felt she shouldn't have to.

She was looking for a two- or three-car garage, and since we were so far out of budget, I asked her if she would be comfortable considering a smaller garage. As I listened to her talking about their land, their family's situation, and the proposed build site, I realized they already had a metal barn on their land near the home build site.

I asked her, "Now, this may be a dumb question, but do you need to have a garage?"

She thought about it for a bit and told me she thought that it was required, whether she needed it or not. When she had previously been in conversation with another builder, they told her the garage was part of the package whether she wanted (or needed!) it or not.

They didn't know how to cut it out of the budget and save her that money.

So I told her that it's her house—if she'd rather reduce her investment by ten or twenty thousand dollars instead of building a garage, that was her choice. In the end, she decided that her family would use the existing barn as a garage, and that they could add a garage later if they decided they did need one. Along with other adjustments, we built the home within $2k of her original budget.

This was a specific solution for a specific problem, but to me it speaks of a more wide-spread issue in home building. Her story tells me that the other builder she talked with was packing all the uncertainty of building a home into the price of the home (passing the price on to the consumer), instead of figuring out how to eliminate that uncertainty.

Be careful that you're not being forced into paying for something that's not going to give you any value. If you're designing a custom home for your family, there's no reason that an element that will give your family no value should make it into those plans.

One way to make sure that's not the case? Work with a builder who will break down your home investment item by item. That way, you can cut out what's unnecessary for your family.