How important is a quickly returned phone call? 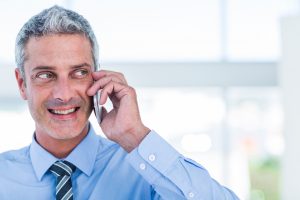 Have you ever called a builder to ask a question, set an appointment, or just get some general information? How long did it take you to get a call back? A few hours? Days? A week? Have they still not gotten back to you?

For one family we ended up building for, out of the five builders they called, only two builders ever called them back! And unfortunately, that's not uncommon. We often talk to people after they've already tried to communicate with other builders and been disappointed.

If it takes a builder more than a few hours to get back to you before you've even signed a contract, what's it going to be like once you start building? Even taking a day to call you back is probably acceptable, but anything longer than that should be a red flag.

Responsiveness is an important part of professionalism, and how quickly a builder will or won't return your calls is an indication of how organized they are (or aren't).

I know many builders who are purely reactive. They don't plan their work—they simply start a house and then react to problems, many of which they have on every house they build. That means that the problems are predictable, even if they're not within the builder's control.

If every project update is another fire for the builder to put out, that's how they'll view your phone call. Not as a call from a client they're thankful to have, but as yet another fire to put out, and another problem to solve.

That's why so many builders are slow to respond. They're busy putting out fires they could have prevented in the first place! Don't let your forever home on your land be one of those fires.