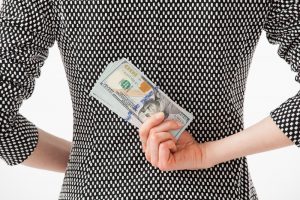 Sometimes, we just can't build a home for a family. We'll work with clients on everything from physical property issues to financing challenges, but we won't force it when we aren't a good fit for a family.

From working in the industry, I know that people often hold their cards close to their chest, especially when it comes to their budget. Usually when this happens, they're afraid that being upfront with their builder about their budget will result in the builder trying to stretch that budget farther than it can go.

It's an understandable fear. But not talking about budget realistically breaks down communication!

Recently, we were working with a couple and couldn't agree on a budget. In fact, what we suggested ended up being tens of thousands of dollars off!

How does that happen?

In this case, the couple was moving to Oklahoma and the husband was already here, looking for homes. His wife was included in the search, but wasn't able to be physically present.

When Athena receives a list of desirables from a client, she helps them prioritize up front based on what's most important to them. Usually, everything doesn't fit within the family's initial budget, so she helps them figure out what should go into the building process and what can be added or changed later.

Athena had walked through this process with the husband while the wife was on the phone, but the three of them simply couldn't come to a decision that worked. Afterward, we realized that even though the wife was part of the conversation, the fact that she wasn't physically present kept the process from moving along smoothly.

We didn't end up building a house for this family.

I don't know this couple's exact situation, or what they ended up doing. But their example brings up something that we believe really strongly at Turner and Son—you're investing more than money when you build a house. You're investing your emotions, your time, and your energy.

When clients can't or won't invest those intangible things in their home building process, we know we won't be the best builder for them. And being realistic about your budget is an important way to make sure you're investing your energy, time, emotion in the right place.

If your builder doesn't work with you in the beginning to figure out what's a priority within your real budget, do you trust them to stick to your budget once they're building?