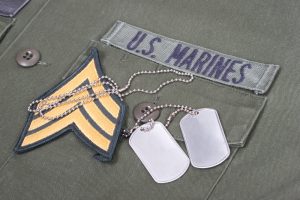 If everything doesn't go according to plan in a war zone, you're not allowed to throw up your hands and call it quits. That's one of the many things I learned during my days as a combat engineer in the Marine Corps.

This business reminds me a lot of the Marine Corps, especially in the way we frequently encounter obstacles. It's just the nature of the business. There will be logistical issues and financial issues, and excuses won't get us anywhere. No matter the hurdle, a Marine is expected to overcome it and accomplish the objective, and I bring that attitude to finishing every dream home we work on.

Something that Marines don't do is leave their comrades behind while they're in trouble. We don't abandon them on the battlefield. Many builders won't stay with you if you've picked a piece of land that has problems. They aren't interested in helping you come up with the solutions. As far as I'm concerned, that's like leaving a friend on the field instead of supporting him off of it.

When it comes to building your house on a piece of land that you love, I'm going to carry you past all the obstacles. Whether that means coming up with a way to build a home on steep land, solving title problems caused years ago, or finding a way to get you financed, when we take on a client, we're in it for the long haul.

Above all, the Marine Corps values integrity. At many times, nobody is going to be watching you or supervising you. They higher-ups need to trust that you're going to do your duty anyway.

Our clients think that way, too. You expect that when you hire us to build your home that we're going to do what we said that we would do. You can't babysit a construction project or supervise every detail. You need to be able to trust your builder, and we build a relationship of trust with our customers.

If you want to build your home on rural land, there's almost always going to be some challenges. It's comforting to know that when they happen, your builder won't let you down.