Why do land titles matter? 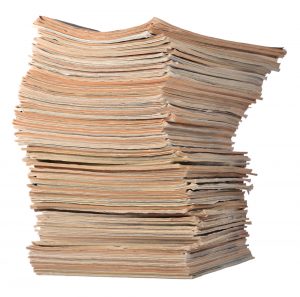 I saw a title once at the court house that extended back to the land run before Oklahoma was a state. The title on your land goes back as far, and one mistake in it could cause a lot of trouble.

The title for your land is perpetual. From the time that the first person laid claim on that land to the time that you get the deed, there's a record of the property's ownership. Recorded in a land's title is everything that's been done to it: deeds, mortgages, lines, releasing of mortgages, deed restrictions. When you see it in person, it may just look like a gigantic stack of paper, but each detail matters.

When the title company looks at your property they're going to want to ensure that there is a clear title, that that land clearly belongs to you and has no liens or claims to it from anybody else.

Let's say that I decide I'm going to sell you a piece of land. I could write a deed on the back of a napkin, so long as I got it notarized and filed at the courthouse. Now you own the property, but you own the encumbrances that come with the property as well, such as mortgages and liens.

Now let's say that somewhere along the line, I forgot to exclude Uncle Joe. Uncle Joe didn't sign on the title three generations ago. Now we've got a problem, because legally I don't own the land. Legally speaking, Uncle Joe has a claim to the title of that land. First I have to pray that Uncle Joe's alive. If he is, I have to get his signature. If he isn't I have to get the signature of all of his living descendants before I can actually sell you the property.

I've heard of situations like this that required signatures from sixteen different people!

It's easy to see, then, how ensuring that there's a clean title on the land you want to buy is extremely important. The scenario above is just one of many that could cause problems just when you think you've got everything taken care of.

When it comes to helping our customers, we have a close relationship with title companies and make the extra effort to ensure that there aren't any small problems with a title. That way, they can't grow into big problems.