What can't a monkey do? 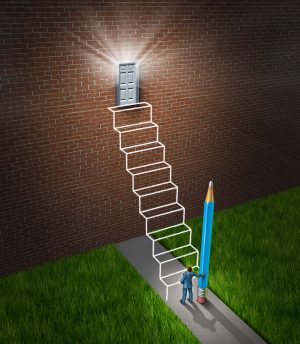 In one of my previous posts, I'd mentioned that building a home is so easy a monkey could do it. But all of the other problems that come along with building on land require expertise. I want to tell you about that sort of problem solving.

The reason that a monkey could build a house is that when it comes to actually putting up the structure, it's been done millions of times before. Before you get to that point, though, you have to solve a problem that might be totally new to you.

Three-quarters of those problems have nothing to do with building. We're talking about flood plain problems, access to the property, utilities, permits—the list goes on and on. Let me give you an example of what kind of strange problems can arise.

Recently, we were getting ready to build a house on land that had been in the customer's family for generations. When the title company began to work and looked at the land's title, they found that a deed had been written incorrectly in the past.

A small portion of the property that she thought was hers was apparently not hers on paper. Another relative technically had a claim to that property. We helped our customer find this family member, contact him and convince him to sign.

Our company has dealt with everything from drainage issues because land was too flat to un-recorded flood plains that just happened to surface when our customer purchased the land. Maybe your land has a strange soil condition that requires unique engineering on the foundation.

Once you've figured out what these problems are, the rest of the process is pretty straight-forward. The building is simple. What I really take pride in is dealing with what a customer might think is an impossible issue.

We may be called "home builders," but the truth of the matter is that our job demands a broad set of skills and knowledge in addition the ones you need to build a home. We're problem solvers, too.

Tim Turner
A home builder for 18 years, Tim is the "son" in Turner & Son Homes. He is the CEO of the company and partners with his dad, Ben, who has been building since 1964.
1 minute read