Building a house on a hill 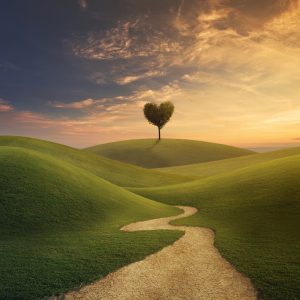 A customer called excited about a piece of land that he’d found in northern Oklahoma, and wanted me to come take a look at it before he made a decision. I soon found that this wasn’t going to be your everyday project.

The land he’d found was on a pretty steep slope, steep enough that walking up it was half walking and half climbing. There was a lot of underbrush and trees. My customer loved the place because it was on decent acreage, and its location combined with the hill would give his home some added seclusion.

Our first challenge was that the customer wanted his home built in the middle of the hill. After doing some research on the land, I figured that it would cost between $50,000 and $80,000 just to prep the land for the home to be built on. Knowing that he wanted to live in the home for a long time and raise his family there, our customer agreed.

Along the way, we hit another snag - drainage.

In this case, the property in question was on an unrecorded floodway. When the subdivision was developed, the developer somehow got the engineering approved without accounting for drainage downhill. In a hundred-year flood there’d be several feet of water sitting right were the ideal place for building a home was. Getting a permit to build there was going to be difficult.

Dealing with the city government in a case like this isn’t ideal, because usually they worked with the developer and may know about things like an unrecorded floodway on a piece of property that should be drained.

We worked with the city engineer and, as a result, got the home built a bit closer to where the customer wanted while saving him money by being able to build less retaining wall.

Today, that customer has a beautiful house built into the side of a hill in a location that he’s in love with. He has privacy from other lots around him and plans on staying in the home for a long time.

Building on steep land is expensive, and there can often be other obstacles like drainage resulting from such a slope. But if you want a home built on that slope, a good builder will make it happen anyhow.