What you want to hear about budget isn’t always true 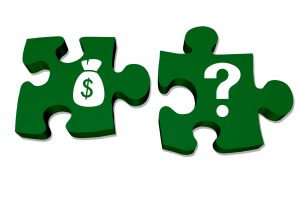 When what you want in your new home is at the top of or even over your budget, it’s tempting to shop around until you get the answer that you want to hear from a builder. That’s human nature, and it’s totally understandable.

This situation comes up more and more as building costs increase, which is happening today. Here’s the catch: if the answer you want to hear (and you do hear) isn’t really true, you won’t know until it’s too late.
Let’s say you talk to builders A and B, one or both of whom come highly recommended, but they both tell you the home you want to build on your land is outside your budget. That’s not what you want to hear.

Disappointed (who wouldn’t be), you go off in search of a builder who can do the job within your budget. But in reality, the builder’s profit isn’t the biggest factor in the cost to build your new home. In order for builder C to build for significantly less, something has to be left out.
Guess what that something is? The truth. Think about this for a minute: when you shop for the best deal on a new pickup, you can compare exact models among trucks that are already built. Simple. But what about your home? It isn’t built yet, and you’re going to have to get a construction loan to finance it.

If builder C gives you the estimated cost you want to hear and then it starts going over budget, who’s going to pay for it? You are, of course. And if you don’t find out until the home is half built, what are you going to do? Fire the builder?

Sure, you can do that, but now what? You’re going to have to hire another builder to finish, and guess what? The new builder will charge you a lot more than he normally would because he’s picking up where someone else left off. You’ll end up even further in the hole, but you won’t be able to see it coming until it’s too late.

We once talked to someone early in the buying process, and they were extremely focused on fitting their dream home into a specific budget. They found another builder who said he could do exactly what they wanted within the budget. Once the house was fully built, it was about 30% over budget. They were so far over budget that even though the bank loaned them the money to finish construction, they turned around and sold the home because the building process destroyed their budget.

If you have to search to find the one builder who’ll tell you what you want to hear, then the answer is likely too good to be true.